Skip to content
Posted on April 24, 2017November 5, 2017 by Kim Bryan Lambert
After having an out of the country last year, there’s a part of me that desire to reach more places, but due to priorities of adult life I have to hold myself and instead try as much as possible to save. I’m kind of hopeless actually, and then an opportunity came that allowed me to reach another Southeast Asia nation – The Malaysia. We stayed in Cyberjaya for about two weeks and have a glimpse of the Malaysian Culture. The moment I set my foot to the Malaysian soil I thought I might feel that I’m in a totally different place, but the truth is it’s not. It felt as if like I’m closer to home probably because the ambiance is so similar to the Philippines like weather, the people. One thing I noticed particularly in Cyberjaya is that there’s a lot of trees and crows which feels like a technology hub somewhere in Laguna or Pampanga. Let me tell you some of the things I experienced on this short trip.
Accommodation – We checked in a hotel which really exceeds my expectation. I’m not used to check in a high end hotel because of the budget, but this hotel is so cool that made me feel like buying a condo. It’s the Citadines Dpulze Aparthotel. It’s a service apartment hotel. They have a provisioned kitchen, a laundry, a gym and swimming pool. There’s no restriction on food except for durian or mangosteen. You can cook anything you want just be mindful of the smoke because it might trigger the fire alarm. They also have a very nice housekeeping crew on which one of them lend us his power adapter. Too bad I wasn’t able to thank him personally when we check out but I left a note. This is by far one of my most memorable hotel experience. I almost want to live there. Did I mention that location is really good, they’re located inside Dpulze Mall which is really conveniet for us.
Thank you again Citadines! 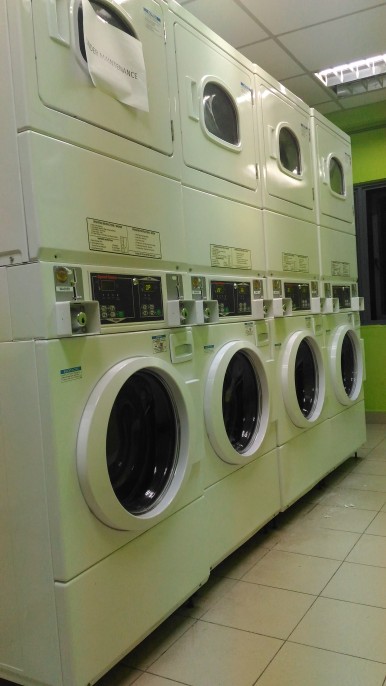 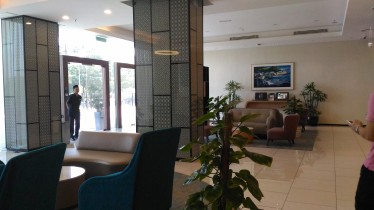 Transportation – As we’re located in Cyberjaya, we used uber as our mode of transportation. The uber is quite cheap and is widely used specially if you want to avoid an opportunistic cab drivers. But they have bus and their train system is superb! Though, I wasn’t able to try it because we used uber/grab. One more thing, I’ve never experienced a traffic in Cyberjaya. Though in Kuala Lumpur during rush hours like 12pm-2pm and 5pm-7pm expect heavy traffic. Riding uber is probably one of ways to get to know a country. Like some uber driver shared the three dominant tribes in the country the Malays, Indian and Chinese. I find it entertaining to ride Uber in Malaysia because most of our drivers are engaging. Besides I was able to practice my English conversation it felt like I’m fluent to speak the language! 🙂
Observations –
Short KL Tour
On my 13 days stay in Malaysia, only 2 days are allotted for our City Tour. Our first attempt on a Saturday was to go to Petalling Street where we bought some souvenir items like ref magnet and keychain; there’s a lot of options here,  just make sure to haggle price correctly to get a better deal. Then we do some mall hopping before going to Resorts World Genting, it’s a four hour bus ride from KL Sentral. They have scheduled trips not sure of the website but you can check on their booth at KL Sentral. Its rainy by the time we reached Genting that’s why we weren’t able to explore the place but we did try their cable car to reach the RW proper. After spending some 10RM on a slot machine I stopped and waited for my friend to finish. After that we head back to KL to get a quick glimpse of Petronas Tower at night. Its already closed when we reached it so we head back home after. Our next attempt on a Sunday was to go again to KL to buy some chocolates which is quite cheap. I bought coffees, milkteas and their famous Beryls chocolate at MyDin Grocery. After that we went again to Petronas Towers for another glimpse this time in the Morning and head back home to avoid the rush hour and Uber surge.
Overall I learned a lot from my KL experience. Meeting new people is always fun. I was able to practice my English, I mean my interpersonal skill. 😄 I wanted to go back to explore more of what Malaysia has to offer. I hope it’ll be soon. But for now, this trip is one for keeps.

Till my next adventure.

This site uses Akismet to reduce spam. Learn how your comment data is processed.

Welcome to my blog. ^_^ I've written my thoughts, food and travel experiences here. Comments are welcome but please try to be nice. God bless. :)
%d bloggers like this: